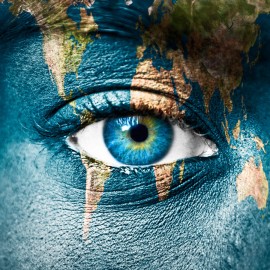 Dear friends permit me to continue today by sharing with you the third reaction of the society to the so-called disability in children. No commitment to provision of social support services: the parents and guardians of children, who are said to be living with disability, are overwhelmed in this part of the world as there are no readily available social services. The UNICEF report earlier referred to in our discussion submits as follows, ‘children and adults with disabilities often face a wide range of physical, social and environmental barriers to full participation in society, including reduced access to health care, education and other support services.’ There are four rings of protection for children.

The first is the family, the second is the community, the third is the state and the fourth is the international community. The number one responsibility of the community, state and international community is to empower the family to effectively play the role of child protection. The state plays a pivotal role as the biggest social service provider for children. The state is not only to play the role of service provider; it is to provide the social and legal framework for the provision of these services. The challenge in our clime is that the family is almost abandoned and when they have children, who are tagged disabled, they face double trouble. Therefore the primary caregiver, that is parents/guardians are overwhelmed and cannot help their children in most cases.

We do not need to look too far to see that services are not available to support differently abled children, otherwise known as disabled. It is a sad commentary of a people and their government, who have lost complete touch with the reality of civilization; who are returning to the state of nature, where according to Thomas Hobbes, where life was brutish, nasty and short. The governments of Africa are not aware that the welfare and the security of the people shall be the primary aim of government, according to the fundamental principle of social contract. The people on the other hand lack the social and political education, the mental stamina and the awakened conscience to ask critical question and hold government accountable.

The sure dividend of the foregoing social imbalance is the neglect of citizens. Children are the most hit and the children, who are said to be disabled, are the worst hit. The truth is that the way we treat our children, particularly those who are said to be disabled is nothing but an intercontinental tragedy, which must be addressed in a most creative and meaningful manners in the best interest of the child.

What is the impact of the negative reaction of the society to children, who are tagged disabled?

According to the UNICEF report earlier mention in this discussion, ‘abuse and violence discrimination against and exclusion of children with disabilities renders them disproportionately vulnerable to violence, neglect and abuse.’ This is a sad report. Children, who are said to be disabled, are in most cases robbed of their humanity and joy of existence. They are stripped of their honour and dignity and rendered immobile in the pursuit of their destiny. They are excluded from playing their role in the society and therefore, their rights are trampled upon. This is against the plan of God for those who are said to be living with disability.

Why this treatment, particularly in Africa? I think there are two major reasons why children, who are said to be disabled are abused and discriminated against:

1. Erroneous Belief: Outside the Circle report of Plan international, earlier referred to in this discussion further reveals what the majority of the members of society believe to be the cause of disabilities in children to include a punishment from God; result of “sins” committed by parents; an act by the devil; that the child was a sorcerer; witchcraft on the child/family; or the mother had looked at a disabled child during pregnancy. It is common for children with disabilities to be regarded as “supernatural”, “bizarre” or “demons”.

One of the major challenges we have in Africa is our extreme belief on things, we cannot explain. It is our general disposition that once we cannot explain something, we either idolize it or we condemn it. Both dispositions, I must say is very primitive and unprogressive. Progressive thinking demands the do not pass judgment on a thing, person or situation until we seek to understand same.

Unfortunately our primitive beliefs about children, who are said to be disabled and gender issues are not enlightened or changed, even when we claim to have acquired education but education has not acquired us in terms of positively forming our perspectives in the direction of progress. We still see so-called educated people, who believe in gender superiority or inferiority. We do not relate with people according to their contributions. We first consider their gender. You hear people say, I cannot allow a woman to talk to me like that. So their main challenge is not the wisdom in what the person is saying, it is with her gender.

I have made quick and brief allusion to gender because it helps bring the point of our belief on children, who are said to be living with disability home. It is sad the our education makes us to embrace the paraphernalia of western civilization in terms of our day to day living, but we have found it difficult to accept their thinking, which actually created the paraphernalia.

I take the foregoing informed position because I am fully aware that the erroneous belief about children, who tagged disabled is not limited to the uneducated or rural people. Facilitating a UNICEF meeting, years back and addressing the issues at hand, a top government functionary, who came in from the Federal Capital Territory, Abuja told me the pathetic story of how she discovered that her family friends of close to two decades have a child, who could not walk. Before that day, she thought they were very close and they knew almost everything about each other. She had gone to visit the family. She got in and found nobody in the living room. She called for attention and nobody was responding. As she paused a bit to figure out why the doors would be opened and there was no one responding to her, she heard someone crying from a room upstairs. Curious and knowing that by virtue of their relationship she had the liberty to enter most places in their spacious and affluent apartment, she went upstairs. She was shocked beyond words to see a teenage boy, who was laid flat on his face and was asking for his meal. She later found out that was one of the sons of the family. She said, the teenager was said to the seventeen years old as at the time she discovered. At that time, the child has never received any form of formal education. The educated and affluent parents locked their son up for seventeen years because he could not walk. This boy did not have what is normally called learning disability, yet he was not allowed to see the light of day.

Our belief is a big challenge and it must be addressed because either as individuals, organization or nation, we rise and fall on our beliefs.

2. Invisibility: UNICEF’s State of the World’s Children Report, 2013 aptly identifiedinvisibility as the major cause of abuse and neglect of children, who are said to be disabled. The report submits ‘exclusion often stems from invisibility, few countries have reliable information on how many of their citizens are children with disabilities, what disabilities they have or how these disabilities affect their lives. Children thus excluded are unknown to, and therefore cut off from, public services to which they are entitled.’

The journey continues tomorrow by the grace of God. Thank you for visiting and I charge you to Think the CHILD…Think TODAY…The FUTURE…

PrevDISABILITY or THISABILITY: Understanding the MYTH and REALITY of Differently ABLED Children and their need for PROTECTION(2) 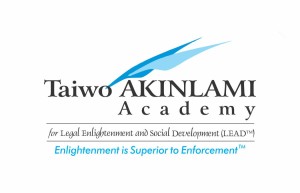